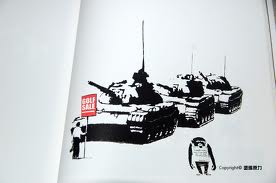 In the run up to the June 4th memorial, this article criticises Hong Kong right wing commentators, including publication ‘Passion Times’, who are attempting to mobilize an anti-memorial offensive by drawing nativist distinctions between Hong Kong and mainland China. The author argues that the nativists’ conclusions are completely wrong and that conflicts over mainland pregnant women giving birth in Hong Kong and over milk powder should not be exaggerated. He maintains that there are many reasons, such as human rights and democracy, to participate in the June 4th memorial that do not have anything to do with patriotism. On the question of democratization, the author argues that a long term solution requires an understanding of the root cause, which lies not with the people from the mainland but with their autocratic rulers and bureaucratic capitalism.

The article is only available in Chinese.

Meanwhile, the following report gives us an overview about the debate around the proposed slogan - "love the country, love the people" of the Hong Kong Alliance In Support of Patriotic Democratic Movements in China.

calls for understanding from Hong Kong

Tiananmen Mothers founder Ding Zilin explained yesterday why she did not favour the patriotic slogan proposed by organisers of Hong Kong's June 4 vigil, even as she acknowledged that she thought the city's autonomy advocates - who first criticised the slogan - were being "naïve".

Ding said her row with the Hong Kong Alliance In Support of Patriotic Democratic Movements in China over its proposed slogan - "love the country, love the people" - for Tuesday's annual vigil was not the first time she had been let down by cross-border efforts at political reform.