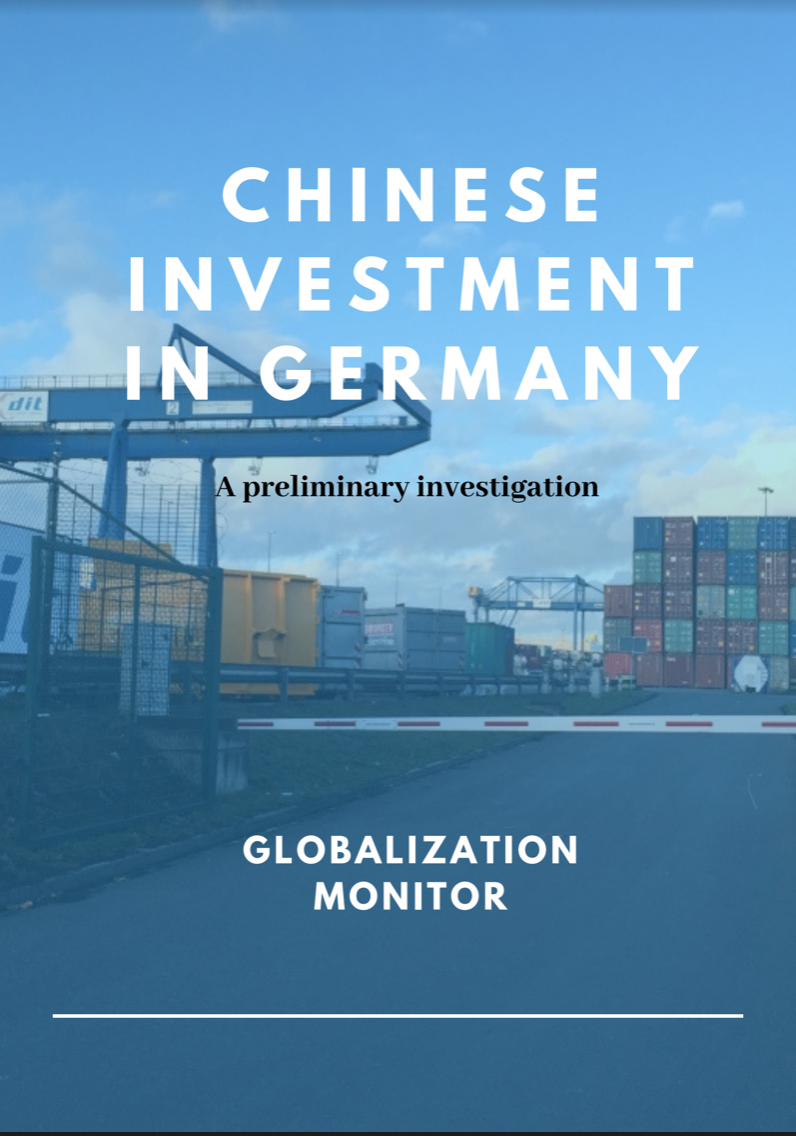 Following the launch of its “going global” strategy from 1999, the Chinese government has promoted Chinese companies going out and investing overseas. This is something which since then has resulted in a significant growth in Overseas Direct Investment (ODI) and other forms of investment by China. Indeed, China’s ODI has grown to such an extent that by 2015 it had become the world’s second largest source of Foreign Direct Investment (FDI). In Europe, although growth was slow at first, Chinese investment has increased substantially since 2009 in the aftermath of the global economic crisis. With the launch of the Belt and Road Initiative (BRI) in 2015, the political importance of Chinese overseas investment has been upgraded as China draws on the legacy of the ancient Silk Road to create six economic corridors and a maritime silk road connecting Asia, Europe and Africa.

Germany has been one of the major recipients of Chinese overseas investment amongst European countries and, despite the increasing diversification of its investments more recently to other European countries, it is still considered one of the most appealing destinations for Chinese ODI. Between 2000 and 2015, Germany received a cumulative total of EUR 7,905 million in Chinese FDI, ranking fourth in the EU for this period in terms of investment received. In the mid-2000s investment was mostly in small greenfield projects, however since 2011 in particular investments have soared. From 2011 to 2016 the value of Chinese investments in German companies grew from 690 million Euros to 7 billion Euros (although 4.5 billion of this resulted from Midea’s acquisition of Kuka). In 2018, even while an overall decline in investment into Europe was reported, Chinese investment in Germany still grew in terms of total value. As China has sought to expand international connectivity and transportation routes to Europe as part of the BRI, Germany has also been integrated as a destination for trains departing from China to Europe.