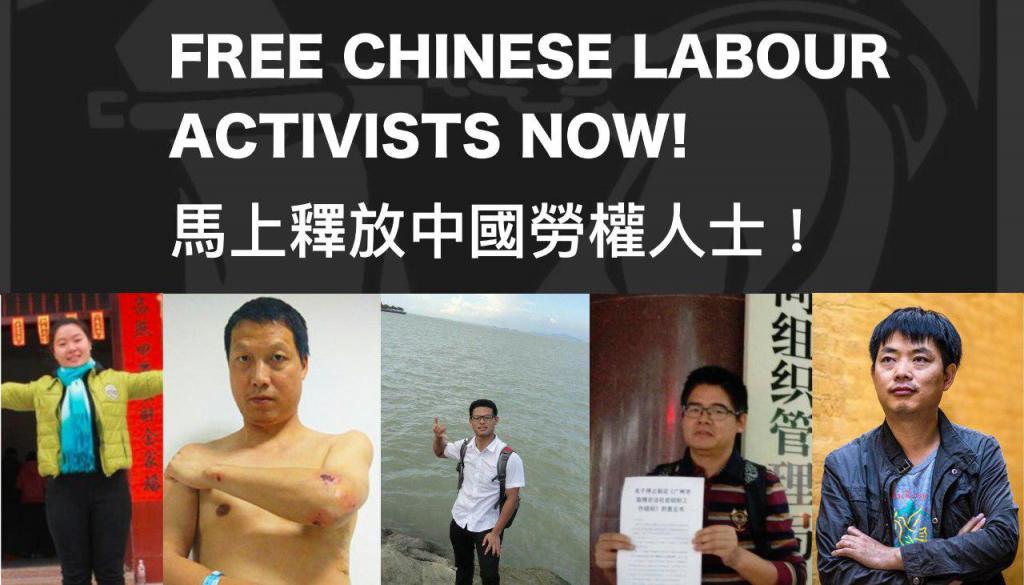 The signature campaign to free the Chinese labour activists detained last month has already been endorsed by 172 organisations, both local and international. 2450 individuals have also endorsed it. We urge human and labour rights supporters to continue to circulate and/or endorse the statement:

The following articles and reports are also worth reading:

A  Response to the Xinhua Slander Campaign

This article replies to a news report in Xinhua, which accused Zeng Feiyang, one of the arrested labour activists, of accepting foreign funding, prompting workers to go on strike, stealing money from the organization he serves and of visiting sex workers. This article points out that the accusations either have no legal bases or are simply slander. The Xinhua report gives no evidence at all, nor provides the accused with a chance to reply.

The article is only available in Chinese.

The Guangdong Six and the rule of law (of value): Preliminary theses on the December 3 crackdown