The costs of industrial pollution in China. A labor and environmental issue 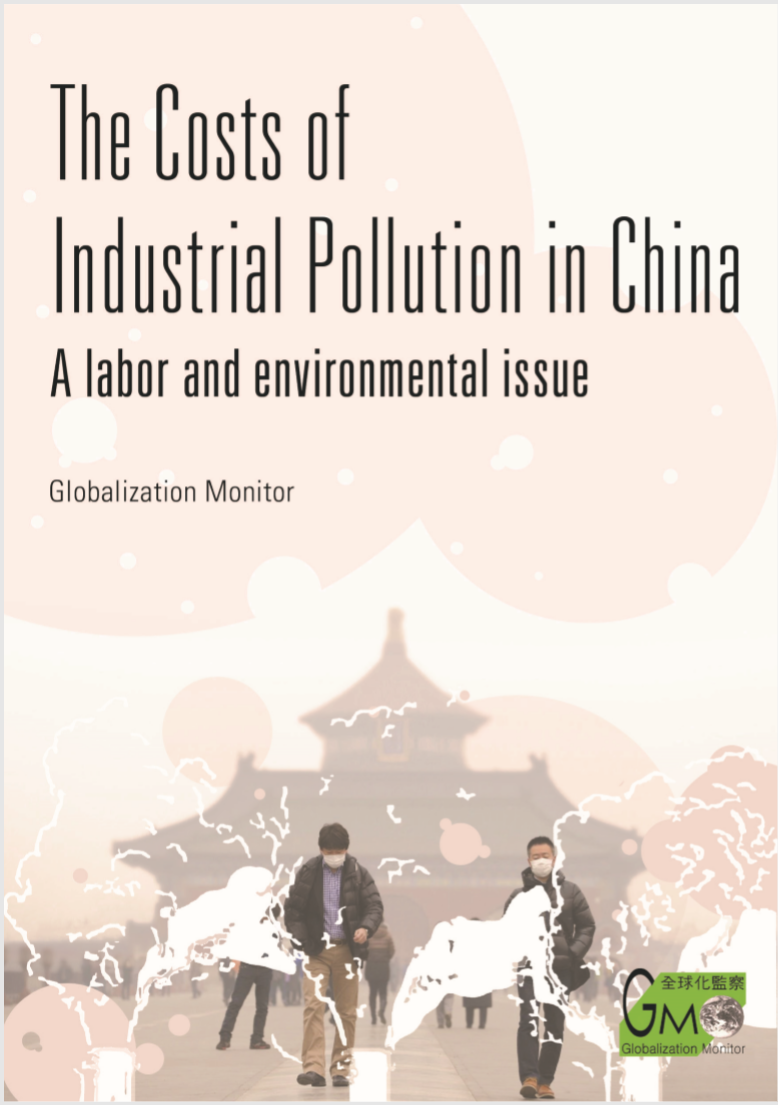 China has undergone dramatic economic changes since it implemented its reform and open policy in 1979.  Transforming itself into ‘the world’s factory’, China’s economy has achieved remarkable growth rates, what has become known as the ‘China Miracle’, following the pouring in of foreign direct investment into the country from the 1990s onwards. But the pursuit of this type of development and high growth rates has come at a very heavy price for many of China’s workers and for its environment.

After almost three decades of intensive exploitation, the burden for China’s workers is all too clear. Many have worked for very low wages in dangerous and polluting working conditions and experienced regular violations of their labor rights. This has greatly impacted on their health and general wellbeing. Meanwhile, China’s economic growth has also had devastating effects on the environment, further impacting on human health. Industrial pollution is now a very serious problem and it is not just the cities that are affected. Lacking significant capital, making use of outdated technology, often relying on coal and taking fewer measures to mitigate environmental impacts, some estimates have suggested that rural factories are responsible for more than two-thirds of the country’s air and water pollution burden[1].Such pollution comes at significant environmental and human cost, while also threatening to act as a limit to growth, by leading to higher health costs, lower productivity, damaging infrastructure and adversely impacting on agriculture and food safety.

Emanating from workplaces, industrial hazards and pollution are simultaneously both labor and environmental issues, having similar causes and in some cases impacting on the same people in both their home environment and their workplace.

[1]The Politics of Industrial Pollution in Rural China. Brian Tilt. The Journal of Peasant Studies. 2013.