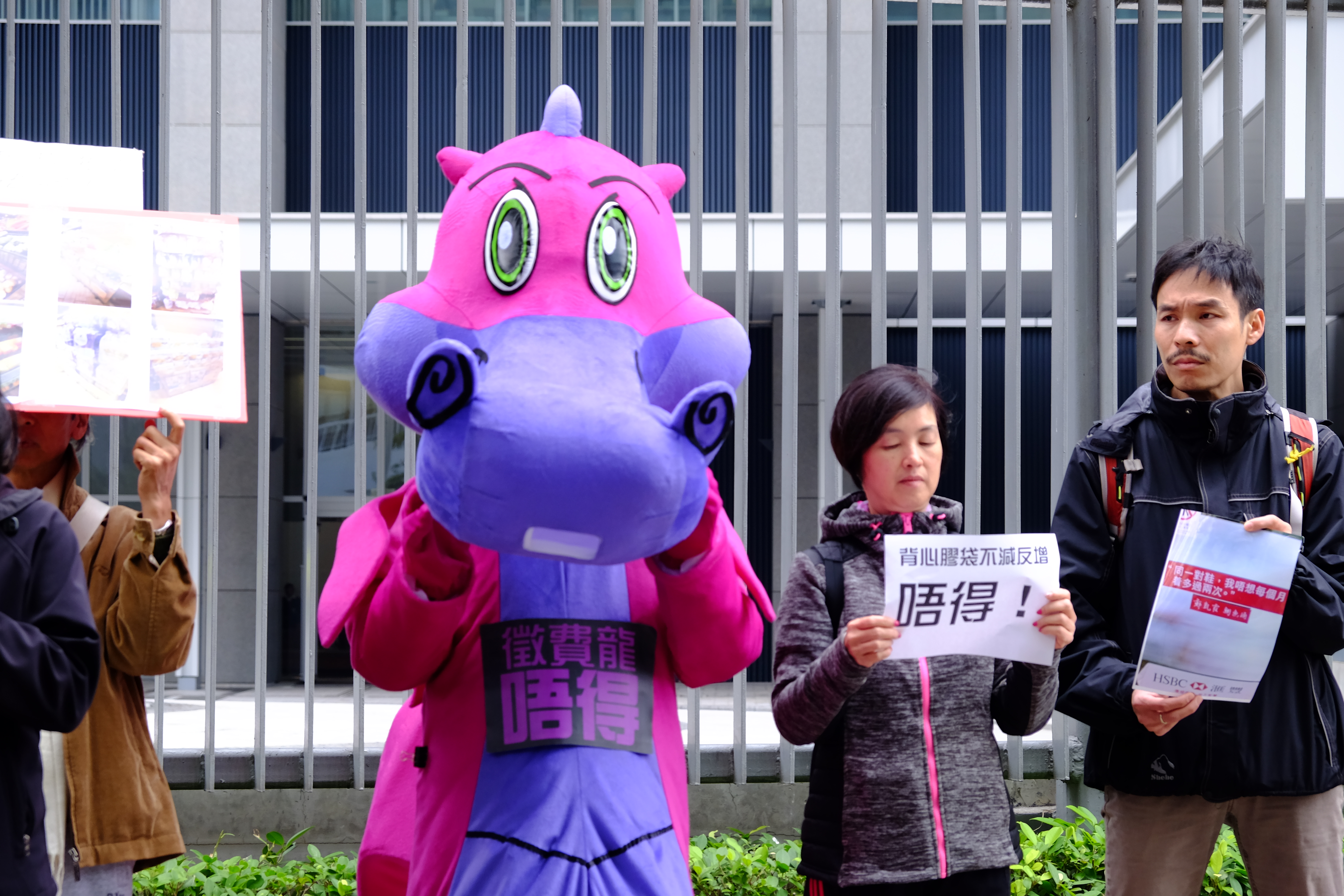 For the past eight years, since 2010, the Hong Kong Government has been drafting arrangements for Municipal Solid Waste Charging. As an organisation concerned about environmental protection and workers’ rights, Globalization Monitor has been closely following the garbage fee issue. We think that the garbage disposal fee should be levied at the source, in other words that there should be a system whereby the levy is applied to those who are responsible for waste production that creates real incentive for waste reduction. According to the current plan, however, the fee will be levied on the public, and three-person households will pay an additional garbage disposal fee of 30 HKD per month. Globalization Monitor resolutely opposes the current plan. All past punitive charges have failed to reduce waste, and this fee will only make the problem of illegal garbage disposal more serious and increase the workload of frontline cleaners and their risk of overwork and work injuries.

In the last decade, the amount of household waste ending up in landfills has been declining, while the total amount of industrial waste has not decreased. Although the amount disposed of in landfills was reduced after the Hong Kong government introduced charging for the disposal of construction waste in 2006, a large amount of construction waste ended up scattered in the community, including in civil landfills (fishing ponds and brownfield sites), illegally disposed (at the mountainside, on official land and on the street) and mixed with other garbage. In the past decade, the number of illegal dumping complaints has doubled from 3,242 in 2006 to 7,014 in 2016. Illegal dumping is a serious problem and it is difficult for any department to crackdown on offenders. Although in 2013 the Environmental Protection Department (EPD) received nearly 3,000 complaints about the illegal dumping of construction and other waste, there were only 173 prosecutions. The problem of illegal waste disposal has not been solved. What can be done if people use garbage bags which are not those specified by the government? If we do not reduce waste from the source, then at the end this garbage fee bill would only further burden the frontline cleaners with more workload. 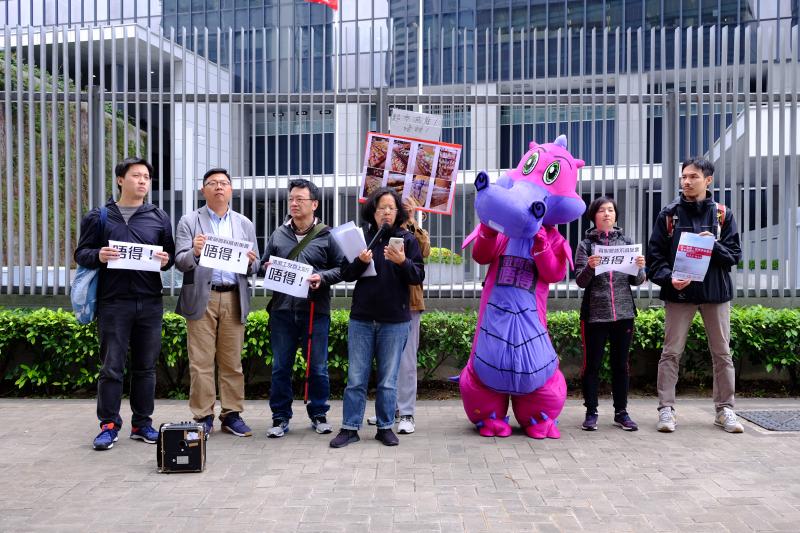 “The say no to the fee dragon” debuts at the public hearing, 7h January 2019

The Municipal Solid Waste Charging Bill has still not been successfully passed by the Legislative Council during the three terms of the Secretary of the EPD. From this is it can be concluded that the issue is highly controversial. In November 2018, the draft officially entered the stage of its second hearing. There was no public consultation conducted beforehand. Globalization Monitor and 15 other groups called a press conference to express their opposition to the plan. See the press release for details. On January 7th 2019, the Legislative Council held a first public hearing[R1]. Mr Wong Kam-sing, the secretary of the EPD, did not attend to listen to the views of the public. Globalization Monitor, Community March, the cleaning services union and other groups held a demonstration before the meeting to protest against the plan. We made use of the mascot of “the fee dragon”. The idea came from the failure of the government’s past policies and its shirking of its responsibilities.

We say no to all the following things:

Say no to a waste reduction policy which does not begin at the source!

Say no to a levy which allows corporations to evade their responsibility!

Say no to the rise and not reduction of plastic bag usage!

Say no to dumping of industrial waste!

Say no to the increasing workload of cleaners!

Representative of Globalization Monitor, Mr Nickolas Tang, also participated in the public hearing and questioned the government administration’s violation of distributive justice because the government bill confuses who is responsible. He emphasised how in other countries, producer responsibility systems are key policies, but the current bill’s prioritisation of the garbage fee is simply wrong in its priority. Mr. Au Loong-yu, a citizen who participated, also pointed out how, under a capitalist system, in order to pursue profits, companies advocate excessive consumption and encourage consumers to buy additional products. HSBC’s recent advertising campaign that says, “I do not want to wear the same pair of shoes more than twice a month”, highlights the absurdity of consumerism. He also added that big supermarkets often sell a large amount of over-packaged food and other products that are often packaged using plastics which are difficult to recycle or decompose. When the waste charges are implemented it is the public who will have to pay for this excessive packaging and this is unfair.

Community March officer Lee pointed out that for existing buildings in Hong Kong the plan lacks supporting policies. The government’s policies will not dispose of garbage from buildings lacking four services (i.e. without owners’ associations, property management, resident organisations or cleaners). Community March officer Mr Chu added that the bill only targets garbage coming from grassroots citizens while letting off the manufacturing sector, business and tourists who also produced their garbage. In addition, the buildings lacking the four services have a lot of maintenance problems, such as fire prevention and aging of the building, to attend to. Levying a garbage fee will only exacerbate the burden for these buildings. Mr To, a program officer from the Confederation of Trade Unions, questioned whether the government’s failure in rolling out policies to deal with producers’ responsibility was amounting to letting off the business sector while penalising common citizens. He worried that the fee may be counter-productive and lead to the illegal dumping of garbage.

pay as your throw