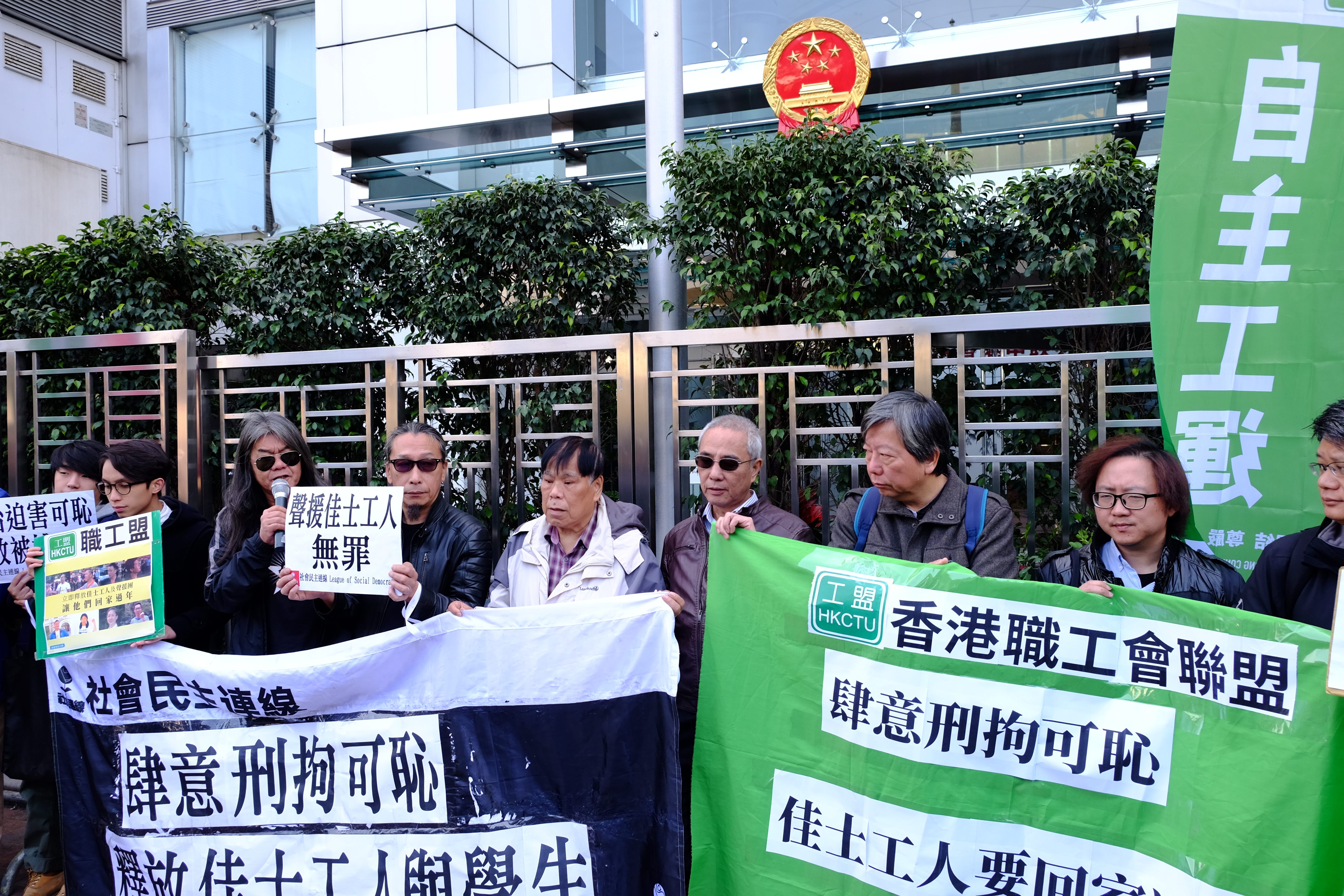 15th January, 2019
In response to the Jasic workers' struggle for their right to unionization over July and August last year, the Shenzhen police conducted a large-scale crackdown with workers and their supporters seized. Many of them are yet to be released. Thereafter, police have made several more rounds of raids with even more arrests and detention. As of today, 38 people have been held under detention of various forms, including the infamous "residential surveillance in designated residence".
Among the detainees is Fu Changguo, a labour NGO worker, who has been detained since August for expressing support to the Jasic workers. On 10 January 2019, Fu's mother passes away unfortunately. Since Fu is the only son in the family, his family had repeatedly petitioned and requested the Pingshan Police Station for Fu to be released on bail so that he could accompany his mother during her final days. However, the authorities refused the request and Fu was unable go home and see his mother for the last time nor was he allowed to attend her funeral.
Subsequent to the crackdown in August, the Shenzhen police have conducted three more rounds of arrests respectively in November, December 2018, and in early January 2019 to further apprehend the Jasic workers' supporters and this time, their family members too. Also captured were staff members of the Jingying Community Centre. To date, the number of individuals who have been detained due to the Jasic Workers struggle has accumulated to as many as 38 people. It is reported that some of the detainees are still undergoing the stage of investigation and have not been criminally charged. According to the "Criminal Procedure Law of the People's Republic of China", the maximum period of investigation and detention after the "formal arrest" should not exceed two months under normal circumstances. It is hence obviously unreasonable that some of the detainees have been confined for as long as half a year already.
We are also gravely concerned that some of the detainees are neither allowed to contact their families nor meet with their lawyers. Such restrictions have severely deprived the detainees of their basic human right of access to legal representation, also guaranteed by the PRC Criminal Procedure Law.
We vehemently condemn the Chinese government for suppressing workers' constitutional right to freedom of association and for arbitrarily arresting the Jasic workers, their supporters and family members. We also strongly regret that the authorities disregard the humanitarian appeal and deprive Fu Changguo of his right to attend his mother's funeral.
We hereby reiterate that by demanding to form their own trade union, the Jasic workers were simply exercising their basic and constitutional right to freedom of association. They should have been freed from any risk of dismissal and arrest. Neither they nor their supporters should be subjected to the hardships of detention and harassment.
We solemnly demand the Chinese Government to immediately release and exonerate all individuals who are detained as a result of the Jasic Workers Struggle, so that they can reunite with their families for the Lunar New Year.
Initiated by:
Hong Kong Confederation of Trade Unions
Worker Empowerment
Co-Signatories (as of 16/1/2019):
Labour Action China
Labour Education and Service Network
Asia Monitor Resource Centre
League of Social Democrats
Workers Committee
Hong Kong Alliance in Support of Patriotic Democratic Movements of China
Labour Party
Democracy Party
Community March
Wong Yun-tat District Councilor Office
Leung Kam-wai District Councilor Office
China Labour Bulletin
Students and Scholars Against Corporate Misbehavior
Kwok Ka-ki Legislative Councilor Office
New School for Democracy
Justice and Peace Commission of the Hong Kong Catholic Diocese
China Human Rights Lawyers Concern Group
Demosistō
Globalization Monitor
Borderless movement
Chu Hoi-dick Legislative Councilor Office
Left 21
Hong Kong Professional Teachers' Union