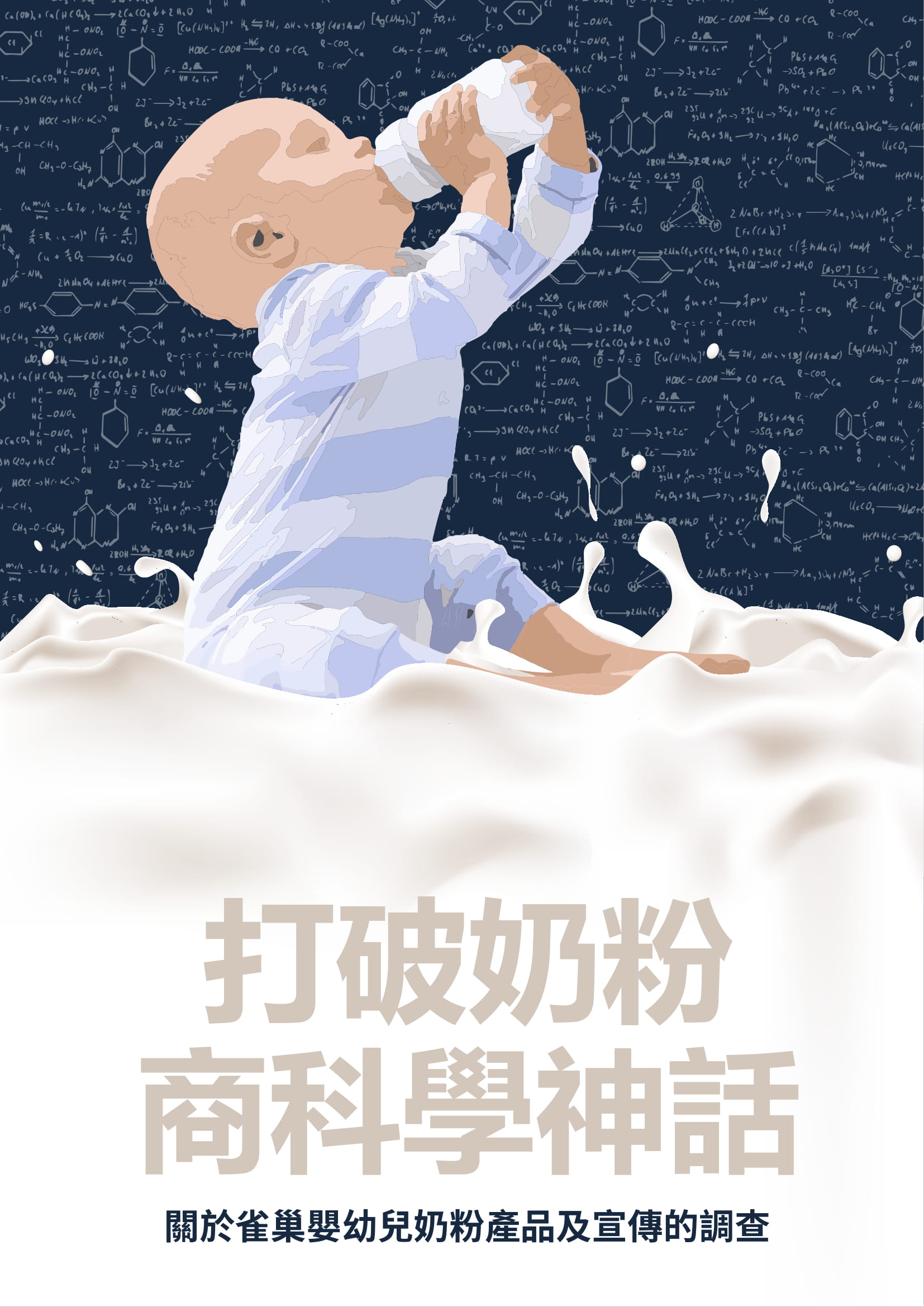 This report investigates the general, nutrition and health claims on infant milk products for babies under 12 months-old sold by the market leader, Nestlé. The investigation revealed many cases of inconsistent behaviour across over 70 products sold in 40 countries. Some of its products were found to be marketed as better “for baby’s good growth” for not having certain types of sugar and artificial flavourings, yet many of their other products in mainland China, Hong Kong and South Africa were found to contain these ingredients.

In other cases, many of Nestlé’s products were found to be carrying claims of questionable credibility, including products to be modelled after breastmilk in US, Switzerland, Spain and Hong Kong yet having different nutritional compositions. Furthermore, products sold in various American and Asian countries carry health claims that are not authorised in Europe because of “insufficient scientific evidence”; and even in European countries, Nestlé sells products marketed “for hungry babies” and “constipation relief”, although these claims have not been authorised by the EU law.

The report concludes by calling on Nestlé’s aspiration to be the world’s leading nutrition, health and wellness company by conducting an independent review of its product range at global level to ensure only products with composition based on best science are sold. In addition, the company should ensure that it respects the WHO Code of Marketing of Breastmilk Substitutes and subsequent World Health Assembly resolutions.