What might “Globalisation 2.0”mean for the Environment? Why China’s One Belt, One Road is a cause for concern. 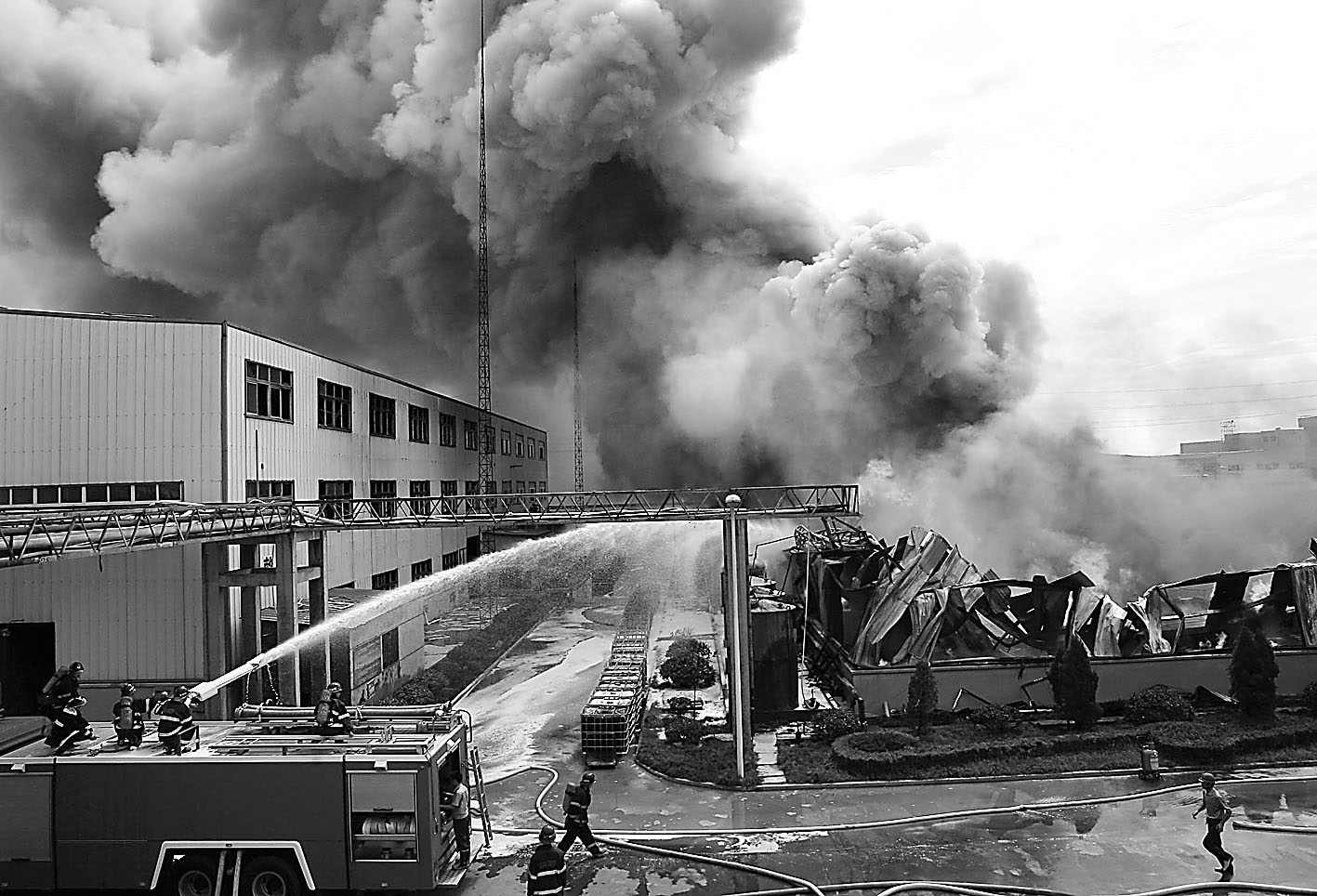 Since China’s One Belt, One Road (OBOR) development strategy was first proposed in late 2013, it has increasingly attracted world attention as more and more countries have signed various cooperation agreements with China related to the project[1]. Described as ‘globalisation 2.0’, the initiative which seeks to develop cooperation, trade and infrastructure networks between Asia, Africa and Europe through the creation of a Silk Road Economic Belt and the Maritime Silk Road, has the potential to significantly impact on the global economy while further expanding China’s political and economic interests internationally. While many governments and businesses have seemingly welcomed the policy for the opportunities that they see it as potentially affording them and have developed strategies for how to extract the greatest benefits for the interests of political elites and capital, from the perspective of impacts on ordinary people and the world in which we live the policy is worthy of scrutiny. One of the areas where significant concerns need to be raised relate to what globalization as promoted by China through OBOR might mean for the environment.

Official documents and statements relating to OBOR state the need to tackle climate change and protect the environment. Expressions of commitment are made to promoting green construction and taking into account the impact of investments on the environment in the implementation of OBOR. Some commentators have also suggested that through OBOR China might aid developing countries in their capacities to pursue more environmentally sustainable development. Despite this, however, clear policy guidance on exactly how to ensure that projects are pursued in an environmentally sustainable way are largely absent from official statements on OBOR. In fact, a closer examination of what the implementation of the policy has meant so far and what it might continue to entail suggests that OBOR poses serious threats to the environment and is likely to result in increased environmental degradation and pollution, along with natural resource depletion that may adversely impact on local populations along OBOR routes.

Although, in the National Development and Reform Commission’s 2015 Vision and Action document for OBOR commitments to advancing clean and renewable energies such as wind and solar power are highlighted as areas for investment and cooperation, so are increased cooperation in, “the exploration and development of coal, oil, gas, metal minerals and other conventional energy sources”[2]. As far as coal is concerned, China has already been heavily involved in overseas investment. According to the Global Environment Institute, between 2001 and 2016 China was involved in 240 coal power projects in OBOR countries, with India, Indonesia, Mongolia, Vietnam and Turkey the top five countries in which it was involved.[3] Investment in coal power stations in Pakistan is another notable example where China is investing billions of dollars as part of the China-Pakistan Economic Corridor and the Port Qasim Power Project represents China’s largest overseas coal power investment. In other words, OBOR is set to continue to contribute to the expanded use of fossil fuels overseas at a time where the world faces climate catastrophe and there is ever greater need to shift away from carbon intensive energy sources. This therefore seems to be somewhat at odds with commitment to environmental sustainability.

At the same time, China’s commitment to clean and renewable energy also includes commitment to the expansion of nuclear power, a form of energy which poses harmful risks to the environment and to human safety. Expansion of nuclear power in China has already been criticized for lax safety standards. Meanwhile its investments in hydropower also carries with it some environmental risks due to the impact that large-scale dams can have on biodiversity due to the destruction of natural habitats, not to mention the human impacts resulting from the displacement of local populations, in preparation for dam construction. China already has a significant number of dam building projects both domestically and internationally. By 2010 it was already involved in over 200 projects in 49 countries and was building many of the world’s largest hydropower stations.[4] The impacts of some of its projects so far provide little room for confidence. Within China dam projects, such as the Three Gorges Dam, are reported to have displaced more than 23 million people while also impacting on the availability of water and environmental quality. Overseas, dam projects such as those in Cambodia, along the Mekong River, have also been posing threats to human and environmental well-being and carried out without adequate Environmental Impact Assessment approvals[5].

It has also been observed that much of the New Silk Road and Maritime Silk Road are situated in regions where the natural environment is vulnerable and resources already under a lot of stress, which will be only further compounded by climate change and additional human activity. Although in some areas displacement is a problem, new projects will significantly increase the number of people living along the routes in many locations, again altering natural environments. Such vulnerabilities are additional causes for concern which needs to be properly researched and evaluated[6] if OBOR investment is to be carried out in an environmentally sustainable way. In Bagamoyo, in Tanzania, for instance, where there are plans to construct Africa’s largest port, the area around where the port will be constructed is surrounded by endangered mangroves and local fishing activities and smallholder agriculture, which provide for the livelihoods of local inhabitants and which are very sensitive to local environmental conditions.[7] Meanwhile in Russia, concern has been raised by environmental NGOs over the potential impacts of investment projects by Chinese capital in the Zabaikalsky province of Russia related to the Amazar project and the Pokrovka-Loguhe Border Crosser, which have been seen as crucial parts of OBOR by Heilongjiang province, and where related logging and damming activities are being carried out without proper Environmental Impact Assessments in a region which is vulnerable to resource depletion and destruction of its rich biodiversity[8].

Indeed pollution and environmental destruction problems caused as a result of overseas investment projects by Chinese capital perhaps give little room for confidence in this regard. In Africa, which became increasingly important to China as it transformed itself into the ‘world’s factory’ as a location for extraction of natural resources, such as oil, gas, minerals and timber, in which China lacks a sufficient domestic supply, Chinese companies sometimes with the collusion of corrupt local officials have been criticized for causing environmental damage and violating local conservation laws. Sinopec’s activities in Gabon in the mid-2000s, for instance, led to public outrage for the way that in its prospecting for oil it illegally caused mass pollution and destruction to Gabon’s national parks and rainforest.[9]

With many overseas investment projects having being carried out without first properly conduction Environmental Impact Assessments, it is also notable that China does not have a strong record in ensuring that Chinese companies overseas behave in an environmentally responsible way. While the Chinese Ministry of Commerce and Ministry of Environmental Protection jointly issued Guidelines for Environmental Protection in Foreign Investment and Cooperation in 2013, these are non-binding and so have little power of enforcement over Chinese companies operating overseas. This means that the task of ensuring environmental standards is left to respective host countries (many of which have lax laws relating to environmental standards), and individual companies’ degree of compliance with their internal CSR policies or the requirements of lending institutions[10] such as the Asian Infrastructure Investment Bank (but even here these may be very inadequate).

It is further notable that one of China’s aims in pursuing OBOR is to help to absorb its overcapacity in highly polluting industries such as iron and steel and cement. This therefore potentially acts to further encourage this trend of overproduction, rather than acting as an incentive to resolve this problem and for companies in these industries to cut this capacity and to preserve resources, something which local governments in China have been reluctant to do due to the way that these industries have added to local government funds, thereby reducing domestic pollution. There is also the risk that this potentially passes on further environmental risks to overseas countries with investment in white elephant infrastructure megaprojects, aimed at absorbing some of this overcapacity. Indeed, it has been noted that while the China Development Bank and state commercial banks are committing billions to lending and investment in projects in OBOR countries, mainland banks have poor records in efficient allocation of resources and in overinvestment, having, according to a National Development and Reform Commission study, accrued 66.9 trillion yuan’s worth of ineffective investment while less than 60% of capital projects have been delivered as planned since 1997.[11] There is therefore reasonable risk that if this trend is followed, a proportion of projects that are invested in will be unnecessary or underutilized, thereby constituting a further waste of world resources and energy.

China’s past records in environmental protection overseas, the lack of clear commitments and enforcement mechanisms, along with the fact that in reality, although many parts of the initiative carry environmental risks, there are also aspects of the investment and development strategies proposed as a part of OBOR that are inherently harmful to the environment, together suggest that there are many reasons for us to be concerned about the environmental impacts of OBOR. With China itself both suffering from intensive environmental degradation as a result of it having prioritized economic growth over protection of the environment and also in need of natural resources, its making use of developing countries to satisfy these needs and to reduce or solve its own domestic problems only shifts a part of the environmental costs on to other countries. While China is of course by no means the first country to go down this route (North America and Europe have a long history in this regard), this does not provide justification or excuse for continuation of such exploitative practices by any country. The world is facing a climate crisis which poses threat to the future of humanity as a result of some aspects of human activity which have had destructive impacts on the planet. Jointly working openly and transparently to repair and preserve our ecosystems and to create a habitable earth for future generations internationally is an urgent priority for governments and people around the world. OBOR does not fit with this priority.

[1] As of May 2018, 68 countries and international organisations had signed such agreements.

[6] Some scholars have proposed that monitoring be implemented for baseline measurements even before projects are implemented. See: Building a new and sustainable ‘Silk Road Economic Belt’, Li, Qian, Howard and Wu. 2015. 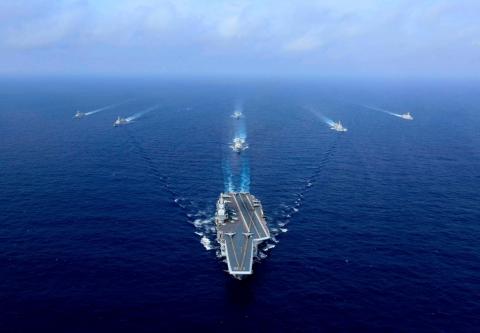