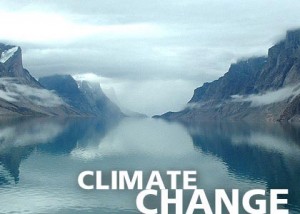 Here's a fairly simple choice: the Global North would pay hard-hit Global South sites to deal with climate crisis either through complicated, corrupt, controversial 'Clean Development Mechanism' (CDM) projects with plenty of damaging side effects to communities, or instead pay through other mechanisms that must provide financing quickly, transparently and decisively, to achieve genuine income compensation plus renewable energy to the masses.

The Copenhagen climate summit in December is all about the former choice, because the power bloc in Europe and the US have put carbon trading at the core of their emissions reduction strategy, while the two largest emitters of carbon in the Third World, China and India, are the main beneficiaries of CDM financing. What that means is that problems caused when Al Gore's US delegation brought pro-corporate compromises to Kyoto in 1997 - promising US sign-on to Kyoto (hah, what a lie) in exchange for carbon trading - are going to now amplify, and haunt us for a very long time, unless serious reforms are achieved in Copenhagen. They won't be, and nor will any substantive agreement emerge, hinted the new UN Development Programme director, New Zealand's neoliberal former prime minister Helen Clark, this week: 'The success of the Copenhagen summit on climate change in December will not depend on a final international deal being sealed there.' In other words, prepare for a stalemate by a coalition of selfish, fossil-fuel addicted powers.

Terribly weak targets may get a mention (or even no mention, as last time at Bali), but market mechanisms will be invoked as the 'solution' so as to appease polluting capitalists and the governments under their thumb, especially Barack Obama's. In contrast, there are attractive, simple mechanisms for financing Africa's survival, including the militant 'ecological debt' (or 'climate reparations') demands now being made by environmental leaders of the African Union (AU), as well as Jubilee Africa's request to just remove the damn boot from Africa's financial neck by canceling ongoing debt repayments. On that score, in 2009 the lowest-income African countries are suffering a 50% increase in debt repayments (as a percentage of export earnings), according to the International Monetary Fund (IMF). As noted four years ago in this space, that means the 'Make Poverty History' NGO-rockstar campaign was a farce.

The only debt written off wasn't possible to repay anyhow, so for low-income Africa, 'debt relief' was just an accounting gimmick and the G8's real Gleneagles debt strategy was to squeeze Africa even tighter, as the IMF data now show. But, you may well ask, should anyone take anything said by the AU leadership seriously, since that would be a mistake when it comes to malevolent leaders of the G8, G20, etc? The AU typically serves, as Zimbabwe's new finance minister Tendai Biti once put it, as the continent's 'trade union of dictators.' Heading the AU climate team is Ethiopian strongman Meles Zenawi, who also chairs South Africa's subimperialist New Partnership for Africa's Development and thus gets invited to G20 gatherings along with Pretoria (better him than AU chair Moammar Gaddafy, reckon the others). Sometimes seen merely as a US puppet - thanks to the disastrous, Washington-sponsored 2007 invasion of neighboring Somalia - Zenawi is rather more complex. He was once a self-described Marxist but is now a brutal tyrant whose troops killed scores of students and other democrats, and who has just imposed a ban on international funding of local civil society aimed to intimidate critics.

Quite ridiculous, isn't it, for Zenawi to lead the charge, reportedly demanding a minimum of $65 billion - and up to $200 billion - annually from the North by 2020? Well, no, not considering how much Africa will be devastated. Even Zenawi's voice, and role in Copenhagen are potentially crucial in the struggle ahead. What a struggle it is. The most shocking probable outcome of climate change is that 90% of the African peasantry will be out of business by 2100 due to drought, floods, extreme weather events, disease and political instability, according to UN experts. The Climate Change Vulnerability Index, calculated in 2009 'from dozens of variables measuring the capacity of a country to cope with the consequences of global warming', listed 22 African countries out of 28 across the world at 'extreme risk', whereas the United States is near the bottom of the world rankings of countries at risk even though it is the leading per capita contributor to climate change.

There is no question that those most responsible should pay reparations, now that we are aware of the damage being done by rising greenhouse gas emissions, and by the ongoing stubborn refusal by the rich - especially Obama and his people - to cut back. The amounts can be debated, for of course $65 billion/year for Africa is way too low, given how many incalculably valuable species will be lost, how much devastation to individuals and communities is already underway, how many economies will falter, how much ecology is threatened. But in addition to AU leaders, the world is awakening.

After several years of hard work by World Council of Churches members and staff, on September 2, the Council's Central Committee adopted a formal statement on the North's 'deep moral obligation to promote ecological justice by addressing our debts to peoples most affected by ecological destruction and to the earth itself.' The Council slams 'the agro-industrial-economic complex and the culture of the North, characterized by the consumerist lifestyle and the view of development as commensurate with exploitation of the earth's so-called natural resources,' and cites the eco-debt definition pioneered by Accion Ecologica of Quito: 'historical and current resource-plundering, environmental degradation and the dumping of greenhouse gases and toxic wastes.'

Like the USA's 'Superfund' legislation or any other damages paid by corporations for messes made - such as Thor Chemicals' notorious mercury spillage a few dozen kilometers from my Durban home, now leaking into the city's bulk water supply at the Inanda Dam - the point is to get a general estimate of clean-up costs and a rough estimate of damages done. As compensation, flows of grant funding are required - hopefully via an accountable, fair, transparent system such as a Basic Income Grant for all residents of Africa (a Namibian pilot is showing excellent results) - instead of the kinds of corrupting carbon trade financing that dictators or big corporations currently grab hold of and redirect to adverse ends. What is a carbon market regime and why is it counterproductive? This is the heart of the debate about the merits of a Copenhagen deal.

Carbon trading allows corporations and governments generating greenhouse gases to seemingly reduce their net emissions. They can do this, thanks to the Kyoto Protocol, by trading for others' reductions (e.g. CDM projects in the Third World) or emissions rights (e.g. Eastern Europe's 'hot air' that followed the 1990s economic collapse). Why do they do it? The pro-trading rationale is that once property rights are granted to polluters for their emissions, a 'cap' can be put on a country's or the world's total emissions (and then progressively lowered if there is political will). So as to minimize adverse economic impact, corporations can stay within the cap even by emitting way above it, by buying others' rights to pollute. But the carbon market isn't working, for several reasons:

Recall that scientists insist an 80% drop in emissions will be necessary within four decades at most, with the major cuts before 2020. To achieve this, carbon markets won't work, as the leading US climate scientist, James Hansen, remarked in opposition to Barack Obama's cap and trade scheme. Obama's legislation - the Waxman-Markey bill that passed the house in June - is so profoundly flawed it should be scrapped. Some excellent movements have sprung up to try to prevent US carbon trading and the destruction of Environmental Protection Agency powers to regulate carbon pollution, on which Waxman-Markey is especially wicked (please help by joining scores of groups disgusted with Obama's legislation, at http://www.biologicaldiversity.org/action/toolbox/ACESA/sign-on_letter.html and http://www.climatesos.org - and do give a miss to pro-Hopenhagen campaigners like Avaaz, the World Wildlife Federation, the 'Climate Action Network' and other deal-doers who either haven't thought through the issues properly or who wallow in conflicts of interest as carbon-traders themselves).

In sum, the emissions trade is a bogus, 'false solution'. Very different forms of climate finance are required at the Copenhagen Summit in December, including the North's payment of ecological debt. But Zenawi and others from Africa - especially civil society - will have to work much harder to put climate compensation on the agenda (and to ensure that governments corrupted by the fossil fuel industry and other TNCs, as well as local elites, do not become the vehicle for distributing the compensation). While carbon trading is at the heart of Copenhagen negotiations, any deal done will be a step backwards. The Durban Group for Climate Justice - founded in 2004 in South Africa - is the main civil society network explicitly fighting carbon trading; a superb analysis by Larry Lohmann is available from the Dag Hammarskjold Foundation: http://www.dhf.uu.se/pdffiler/DD2006_48_carbon_trading/carbon_trading_web_HQ.pdf

One of our other gurus, University of KwaZulu-Natal honorary professor Dennis Brutus, puts the challenge ahead quite frankly: 'My own view is that a corrupt deal is being concocted in Copenhagen with the active collaboration of NGOs who have been bought off by the corporations, especially oil and transport. They may even be well-intentioned but they are barking up the wrong tree.' Instead of a bad deal, Brutus recommends that we all 'seattle Copenhagen', i.e. the AU insiders work with civil society outsiders to prevent the North from doing a deal in their interests, against Africa's. A decade ago, that formula stopped the World Trade Organisation's Millennial Round from succeeding in Seattle, and in 2003 the feat was repeated in Cancun. 'We're outta here' Zenawi may well say in Copenhagen, for on September 3, he issued a strong threat from Addis Ababa: 'If need be we are prepared to walk out of any negotiations that threatens to be another rape of our continent.'

To seattle Copenhagen would entail civil society protesting outside and African governments working for Africans' interest inside, to halt a dirty deal that makes matters worse. Even with less than 100 days to go, Brutus insists it's feasible, and would then allow us to move on to the real emissions reduction and alternative energy and production systems the world desperately needs.