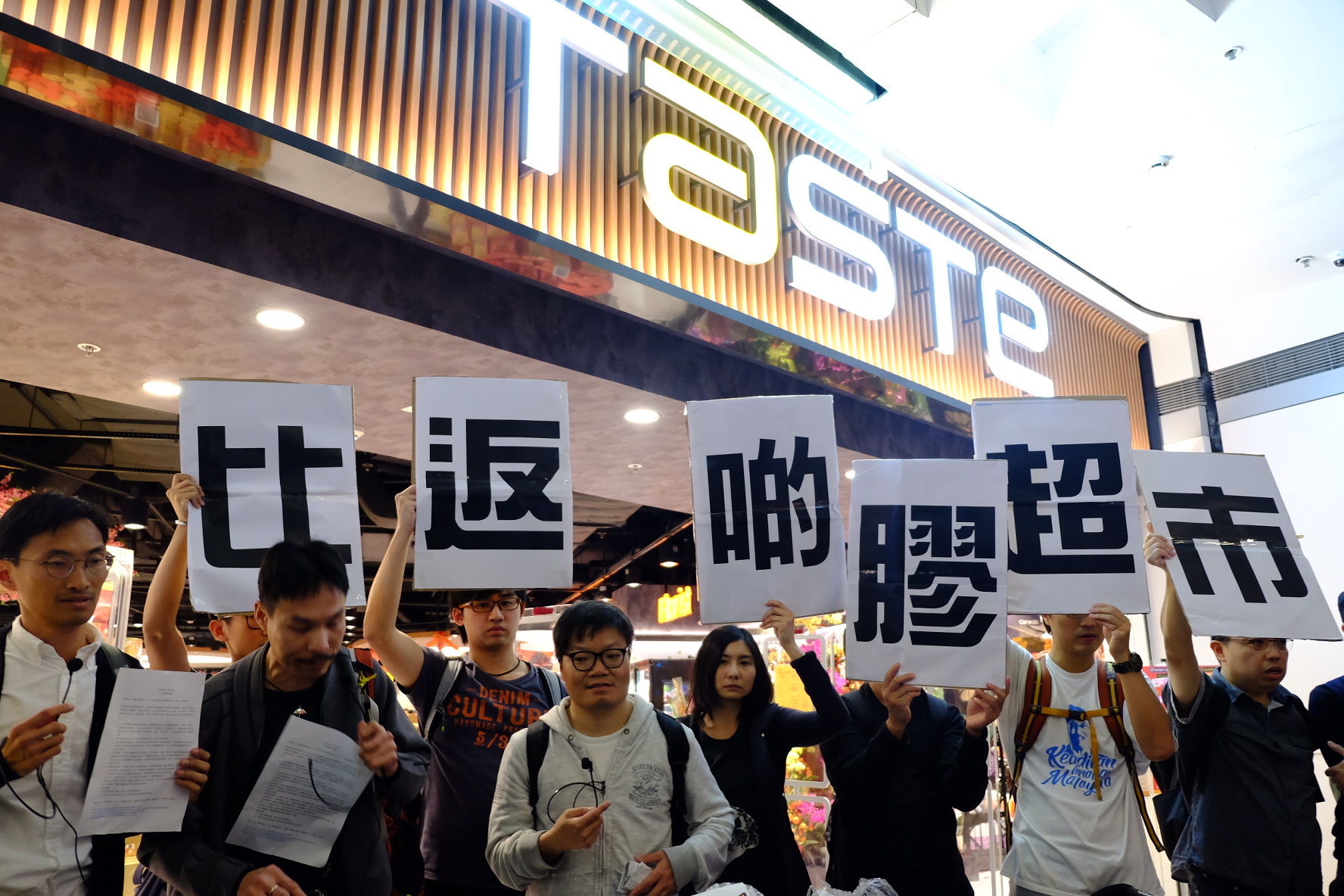 On 3rdFebruary, Globalization Monitor co-organised an action named “handing back plastic to supermarkets”.

The action was inspired by the peaceful Plastic Attack protests that originated from Bristol, UK and evolved into a global movement. Activists participating in the “attack” would unwrap their shopping from the supermarket and return the packaging to the store to protest against supermarkets’ use of excessive and single-use plastic. They would take home their shopping with reusable food containers and bags to avoid turning the plastic wrappings – introduced by manufacturers and supermarkets – into domestic waste. 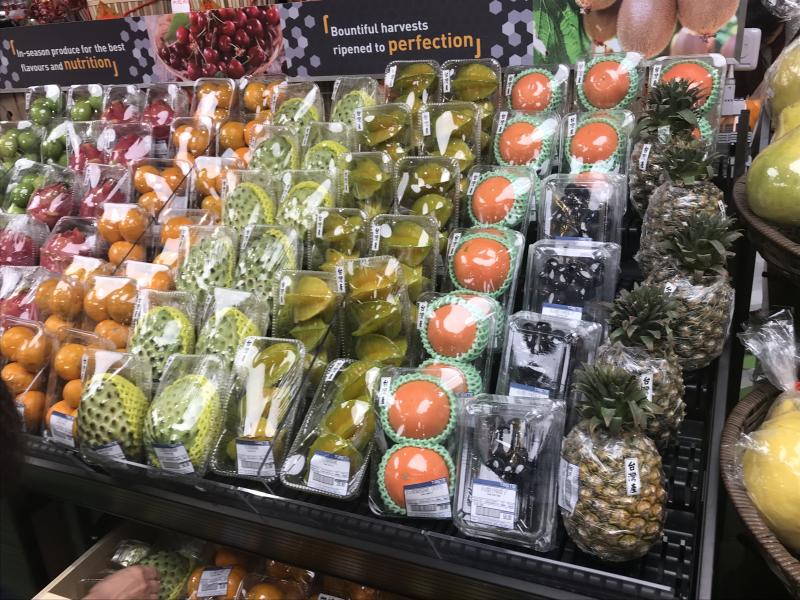 In the spirit of those actions, 60 activists coming from several labour, grassroots and environmentalist groups protested outside the Taste supermarket at the Kowloon Tong Festival Walk to expose how supermarkets are complicit in increasing waste at the source. We discovered many goods are unnecessarily packaged with single-use plastic. These include vegetables that can be easily cleaned (such as spring onions) and fruits whose thick and tough rinds already provide the fruit with adequate protection (such as citrus fruits, melons and bananas).

Single-use plastic, although cheap to acquire, is extremely costly for the environment as plastic is non-biodegradable. This preposterously excessive use of plastic in packaging clearly violates the principles of environmental justice. In fact, recognising the damage that plastic can do to our environment, sixteen countries or regions have already banned the manufacture and use of single-use plastic. Supermarkets in the UK have also pledged to phase out single-use plastic completely by 2025. It is thus imperative for the Hong Kong government to follow suit and regulate the use of plastic in the retail industry. 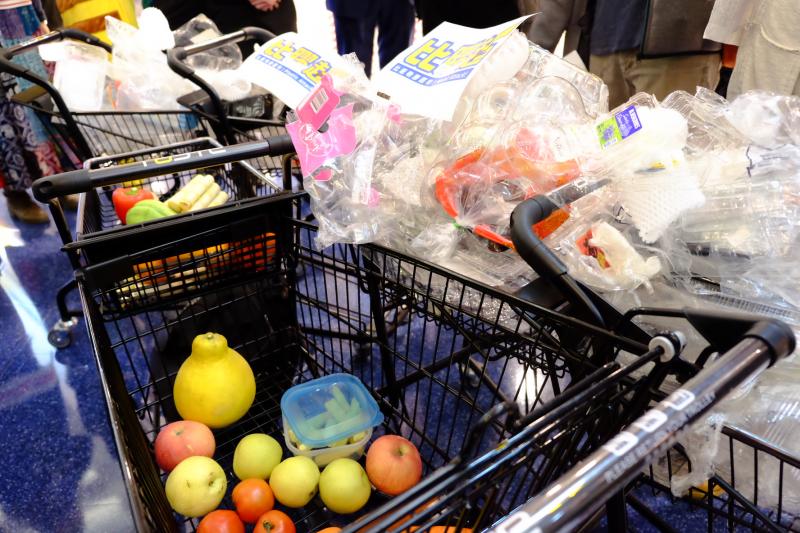 The action carries additional significance as the government is set to impose a charge on municipal waste disposal. The use of plastic packaging helps extend the shelf life of many perishable foods and produce. But while supermarket owners reap its cost-saving benefits for themselves, innocent consumers will bear the brunt of the government’s effort to reduce waste when the proposed waste levy comes into force by 2020, since the plastic packaging they take home will become domestic waste. Households would be subjected to a weight-based waste disposal charge, thus effectively paying for the plastic packaging twice: once while buying the goods, once while paying the levy.

While plastic packaging – especially individual packaging – may give the impression of enhancing the efficiency of supermarket check-out tills, it unnecessarily demands a lot from the supermarkets’ logistics workers doing the exhausting, repetitive, assembly-line work of goods packaging.

Influenced by the lobbying and pressure of moneyed interests, the Hong Kong government have thus far adopted a non-interventionist stance regarding environmental conservation. This means businesses are let off the hook for manufacturing, importing and using plastic, to a point where the per capita use of plastic in Hong Kong is twice as high as the average in European countries. While plastic waste accounts for as much as 19% of domestic waste in Hong Kong, the government has remained reluctant to make use of its public power to facilitate the recycling industry, with the recycling rate of plastic decreasing from 14% in 2016 to 13% in 2017. 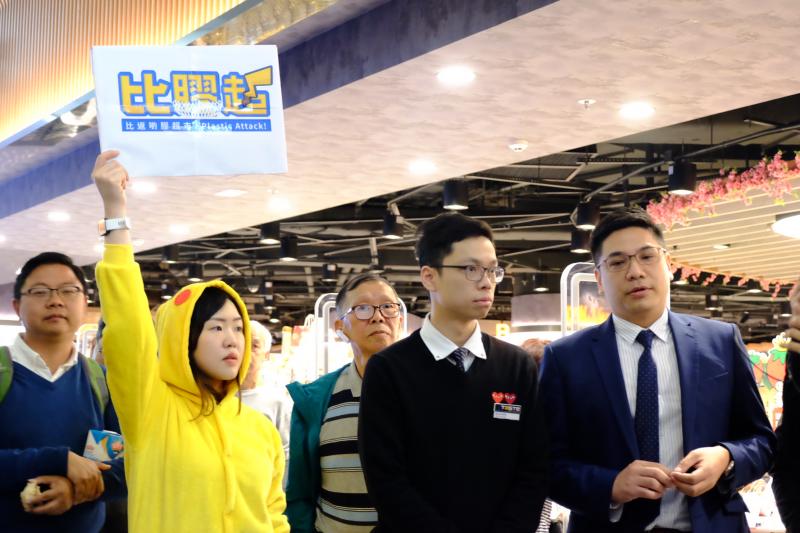 The government implement a “producer responsibility system” that holds supermarkets that produce, import and use excessive plastic accountable. 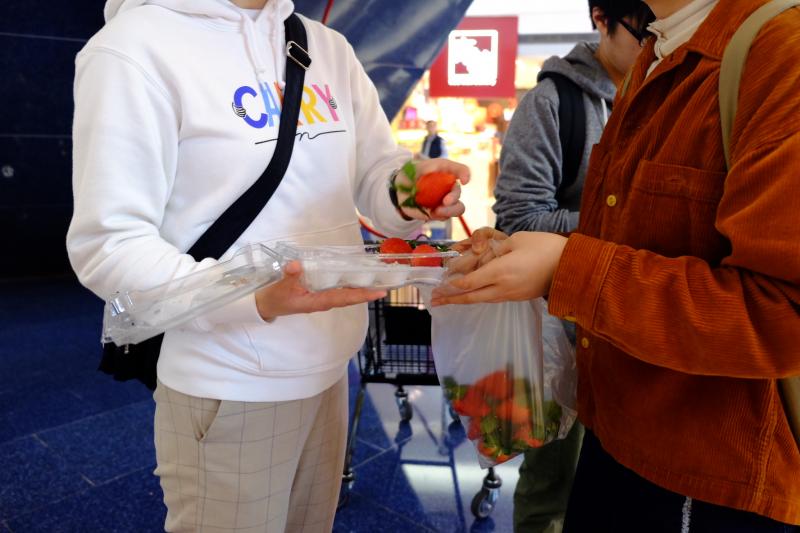