[Call for Action] Protest against the abusive use of dispatch workers at Changchun FAW-Volkswagen and the suppression of workers' rights. 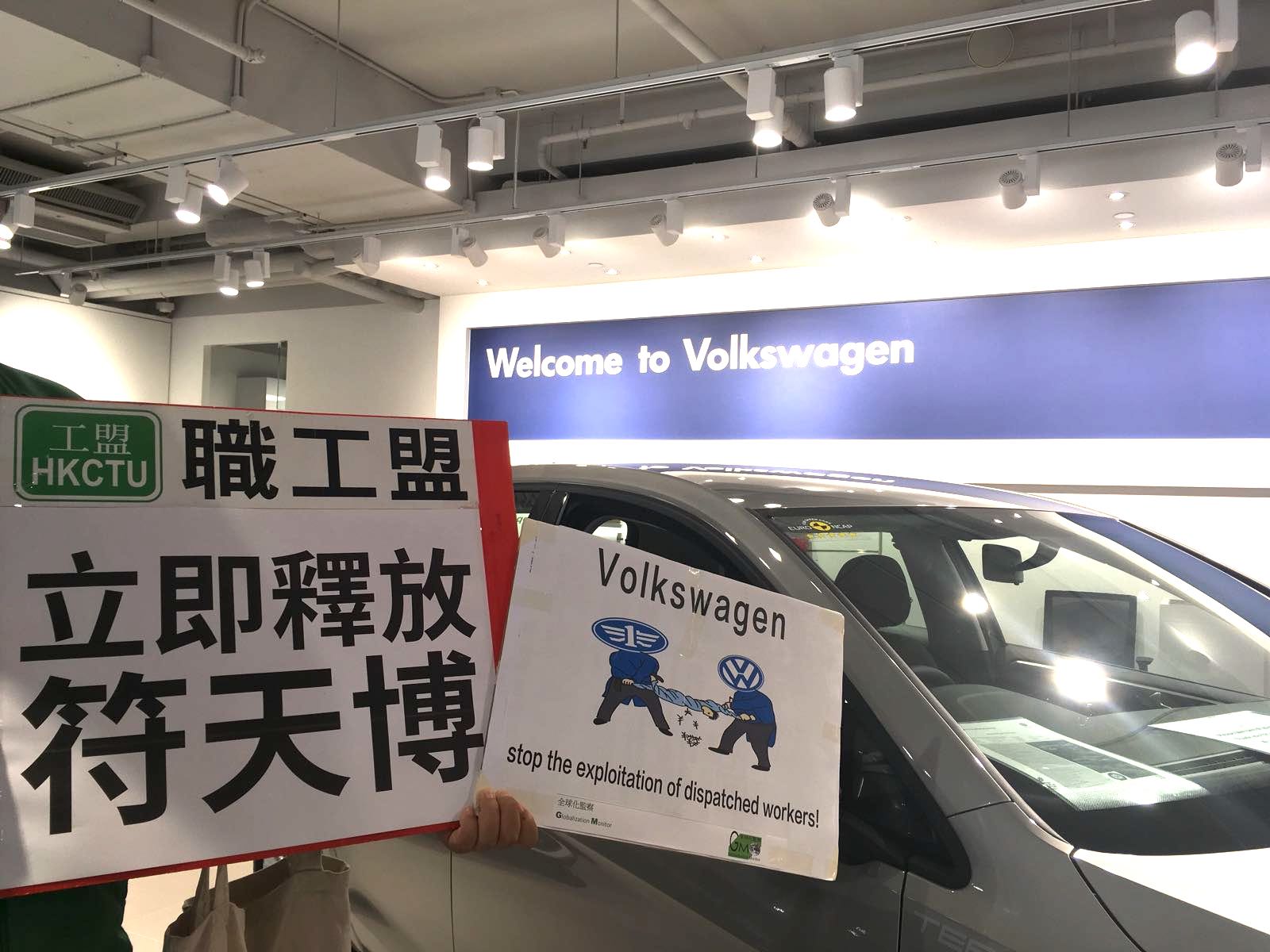 Since November 2016, more than 3,000 dispatched workers at FAW-Volkswagen(Note 1) in Jilin Changchun Province have been protesting against the illegal employment of dispatch workers by the company and seeking "equal pay and equal treatment" to permanent workers.
The incident has revealed that FAW-Volkswagen has long been abusively using a large number of cheap dispatch workers in China, and it is suspected of violating a number of Chinese labor laws. It has been reported that most of the dispatch workers' contracts will expire at the end of the year, and contract renewal will be difficult. The incident has remained unresolved for more than a year. The workers now need the support of the outside world to exert pressure on the company.
In fact, most of the dispatch workers have been working for FAW-Volkswagen for more than 10 years. However, their wages are only half of those of regular workers and they are not entitled to their benefits. In this regard, FAW-Volkswagen has violated a number of Chinese labor laws, including Article 63 of the Labor Contract Law which states that, " Dispatch workers shall have the right to receive the same pay as received by employees of the accepting entity for the same work", Article 66 that, " The dispatch worker services shall normally be used for temporary, auxiliary, or substitute positions" and Article 9 of the Interim Provisions on Labor Dispatch which stipulates that there should not be “any discrimination against dispatch laborers.”
What is more, FAW-Volkswagen has also violated the promises promulgated by its mother company concerning dispatch workers in its Charter on Temporary Work for the Volkswagen Group, signed in 2012. One of the terms of the Charter agrees that all dispatch workers should receive "equal pay and equal treatment" as permanent workers. It also promises that dispatch workers should not exceed 5% of the total workers at a factory. The number of dispatch workers at the Changchun factory reportedly far exceeds this percentage.
Fu Tianbo, who led hundreds of agency workers in their campaign to be paid the same and treated the same as regular employees at FAW-Volkswagen, was detained in May 2017 and has been charged with, “gathering a crowd to disrupt public order.” He remains in detention awaiting trial.
Last month, a number of labor organizations in Hong Kong jointly issued a public request that Volkswagen respond to the demands of the dispatch workers in China and fulfill their responsibilities to the workers. However, no reply has been received so far. Therefore, we reiterate our demands:
1. FAW-VW return to the negotiating table and conduct a new round of negotiations with the workers' representatives immediately;
2. Immediate stop the exploitation of dispatched workers and treat them equally as regular workers;
3. FAW-VW to comply with Chinese laws and regulations on hiring the dispatched workers strictly;
4. The immediate release of worker representative Fu Tianbo and an end to the suppression of workers’ rights.
Note 1: FAW-Volkswagen Automobile in Changchun Jilin Province is a joint venture operated by China FAW Co., Ltd., Volkswagen AG, Audi Motor Co., Ltd. and Volkswagen (China) Investment Co., Ltd.
Action Details:
Protest against the abusive use of dispatch workers at Changchun FAW-Volkswagen and the suppression of workers' rights at Volkswagen’s store in Hong Kong.
Date: December 15 (Friday)
Time: 11:30 am
Address: Wanchai Volkswagen Shop, Shop No. 39 Gloucester Road, G / F, Gloucester Road, Hong Kong Island
Globalization Monitor
Hong Kong Confederation of Trade Unions